Your browser is out of date.

You are currently using Internet Explorer 7/8/9, which is not supported by our site. For the best experience, please use one of the latest browsers.

Contact Us
Back to Previous About Us Company History

Alternate Energy Technologies (AET) has been manufacturing solar thermal collectors continuously since 1975 in the State of Florida. The solar thermal industry was experiencing exponential growth during this time due to elevated fuel costs and the implementation of Federal tax credits. The solar thermal industry capitalized on these credits and a significant number of manufacturers found themselves scrambling to replace conventional energy sources with renewable energy. But on December 31, 1985 when President Reagan out an end to these credits, coupled with the collapse of OPEC (Organization of Petroleum-Exporting Countries), the solar thermal industry quickly dwindled and left only a handful of surviving manufacturers and a few hundred contractors nationwide. During these hard times, AET acclaims much of its success to export sales of collectors, low iron solar glass and selective coated absorber plates.

In March 1995, AET entered into an exclusive agreement with Thermatool Corporation to purchase their automated high frequency THERMAFIN Welding line.

Efficient solar energy collection starts with high thermal conductivity between fin and tube. The THERMAFIN welding process forms a molecular bond between tube and fin and creates a joint at least two times the thickness of the copper fin, resulting in a clean, uninterrupted heat transfer which optimizes thermal conduction. This technology is incorporated in the construction of all collector models produced, providing consistent quality along the way.

AET currently manufactures two collector models: the AE-Series and the MSC Series, both available in six different sizes. All the collectors produced by AET are ICC-SRCC certified and meet or exceed the major applicable national and international standards. 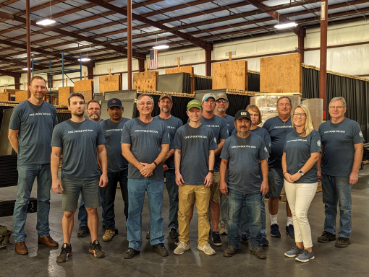 Have questions about solar heating?

Our experts can help answer any questions you might have!